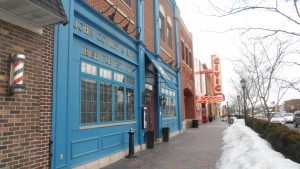 I’ve had ideas of what would make a cool beer event for years.  I’d always think to myself, “It would be really cool if they did this.”  I would briefly get excited about organizing such an event myself, but would quickly lose my motivation as I started to think about all the tasks that would have to be done, and just getting started.  This time was different. 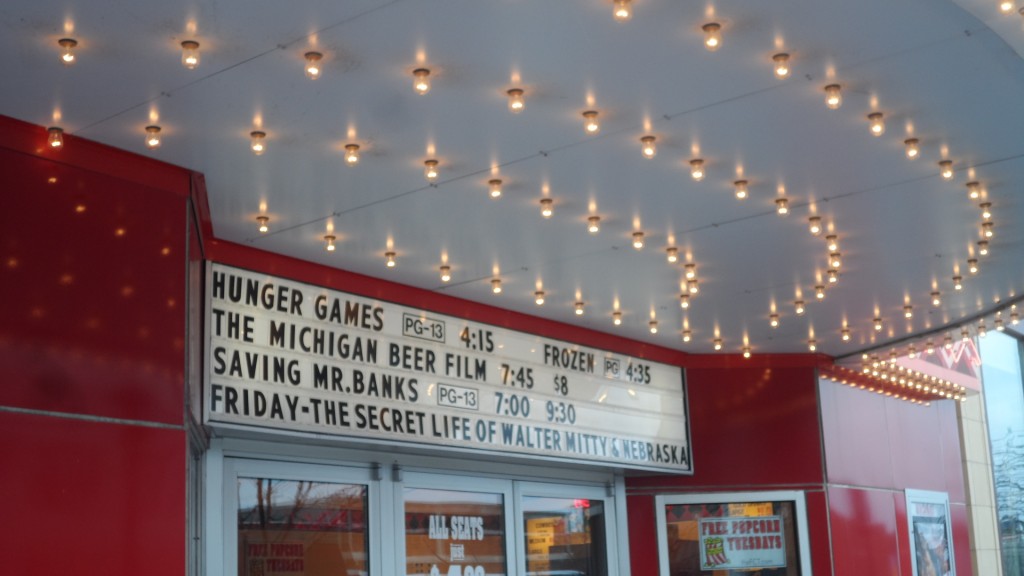 After seeing The Michigan Beer Film downtown Detroit at the Fillmore in November, I came back thinking I could bring that to downtown Farmington and rent out the Farmington Civic Theater.  I started thinking about how to incorporate beer.  I talked to my wife about it, and Lora was supportive.  Instead of extinguishing my early enthusiasm, she started talking about logistics of the event.  We quickly started to pull together something that had some structure and seemed like it might work.  The key was figuring out the money side of it.

Lora called the Civic Theater and 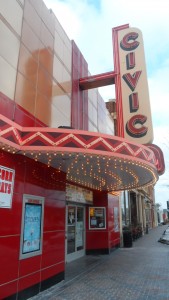 got their prices for theater rental.  I started a spreadsheet with various costs.  The next key was figuring out how many people we expected to come so we could figure out expected revenue to offset the costs we had come up with.  To get these estimates, I took the Detroit Fillmore showing of MI Beer Film attendance, as well as attendance numbers at the Craft Beer tasting night of the Farmington Harvest Moon festival, and then walked in & out various factors that would make our event turn-out either higher or lower.  Armed with predicted attendance numbers and costs, it showed on paper we could make it work.  Then we had to go convince others. 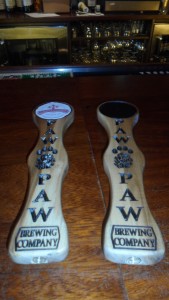 I started out talking with the pub, Cowley’s where we planned to hold the beer end of things to convince them it was a good thing.  In the process, I also talked to Rex Halfpenny who has a monthly craft beer tasting at Cowley’s.  Together, we fleshed out more details of how the event would work and brought some more legitimacy to the effort.  Rex suggested bringing in Paw Paw Brewing and said he’d called the brewer out there to see if he could get them on board.  Lora & I talked to Rhino Media and told them about the plan, who was involved, and got them involved.  Tim Cowley then got on board as well, and we had an official event.

After agreeing on pricing and how we’d handle the money from ticket sales amongst all parties, I set up the event on EventBrite to officially start selling tickets, created a web page as a branch off of BeerSnobby.com and got into promotion gear.  I posted to every craft beer website that seemed reasonably well-put-together and had a calendar of events.  I sent messages to people that Tweeted about craft beer in Michigan and had a decent number of followers.  We wrote press releases and worked with local media to get our story told in online or printed form of various newspapers.  We went to a number of good liquor stores around the area and asked to put up posters and/or leave a stack of postcards with event info on them for people to see when they paid at the counter.

I also got 2 good beer stores in the 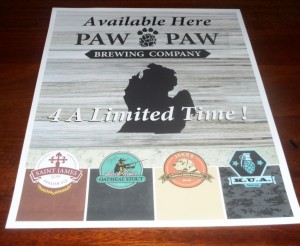 Farmington area (Meadows Fine Wine on Farmington Rd, and Royal Liquor on 8 Mile Rd) sign on to be event supporters and get their name added to the posters/postcards in exchange for financial support.  I also arranged with the Paw Paw distributor to make arrangements with these 2 stores to get some Paw Paw beer in bottles delivered to them since Paw Paw didn’t have existing bottle distribution contract set up with anyone in Oakland County yet.  And lastly, at Rex’s January tasting at Cowley’s, he & I both said a few words about the event, passed out post cards to everyone there, and sold a few tickets that night.

After that, it was a lot of waiting for ticket sales to get going.  I didn’t have the ability to track how many people visited my web page with the description of the event, but I could see how many people went to the EventBrite site.  Slowly sales started to trickle in, and in the last 2 weeks leading up to the event, we sold 50% of the tickets.  It was great seeing it go so well, and actually get attendance up to 178, which aligned right with where we expected it to be based on the early on projections I had done. 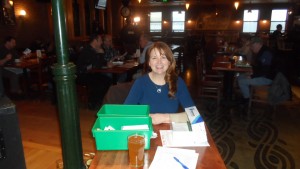 The night of the event, Lora & I sat at a table by the door and checked people off a list that had bought their tickets in advance.  We gave them wristbands so they could get into the theater when we walked over there, tickets for their 3 beers (full 16 oz. pints), a beer menu of the 4 Paw Paw beers we had on tap, and coupons the 2 supporting liquor stores had made up for $$ off craft beer purchases at their stores.  On the back of the menu, I had maps to both locations and made mention that these 2 stores had special arrangements to carry a limited amount of bottled Paw Paw.  Talking with these locations afterwards, they’ve had a small amount of people cash in on the coupons (surprisingly), and the beer has been selling, but it hasn’t flown off the shelves or anything.  Both stores were pleased with the advertising they got out of it and the additional traffic they got, so that’s good. 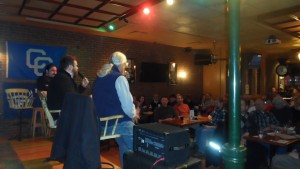 While we were checking people in, up on stage Rex Halfpenny, Kevin Romeo (Director of MI Beer Film), and Trevor Klimek (brewer at Paw Paw Brewing) were talking about beer and the movie to the massive crowd.  Later, some people mentioned that in the back they had a hard time hearing them because of all the noise and just the speaker up front by the stage.  But that was just one or two people.

Lora went ahead of me to the theater to help manage ticket collection and getting people in for the show.  We comfortably filled the 275-seat theater.  Obviously we weren’t at 100% theater capacity, but every row had people, and people sat in their groups they came with, not having to be elbow-to-elbow.  I’d seen the movie twice before that, but it was still enjoyable.  Everyone pretty much hung on to the end of the full 2 hours (although several people later shared the thought that it could have been shorter and accomplished the same thing), and then maybe about half of the group went back to Cowley’s to cash in any remaining beer sample tickets or to buy additional rounds. 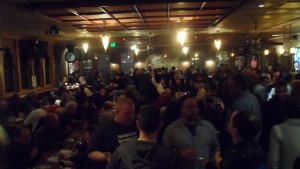 At the after-event at Cowley’s the same 3 speakers were up there, and people asked assorted random questions about the film or about the MI beer industry.  I had held back on my personal sampling of the beer until the after-event, other than one very delicious KUA (Kalamazoo Urban Assault) Pale Ale that I enjoyed while checking people in at the start.  Unfortunately, it was gone by the time the after-event came around.  I tried the Vanilla Bean Porter, but wasn’t a big fan of that one.  I did have a St. James English Mild, which I had tried before, and knew that one was good.  Satisfied, I walked home, pleased with the success of the event.