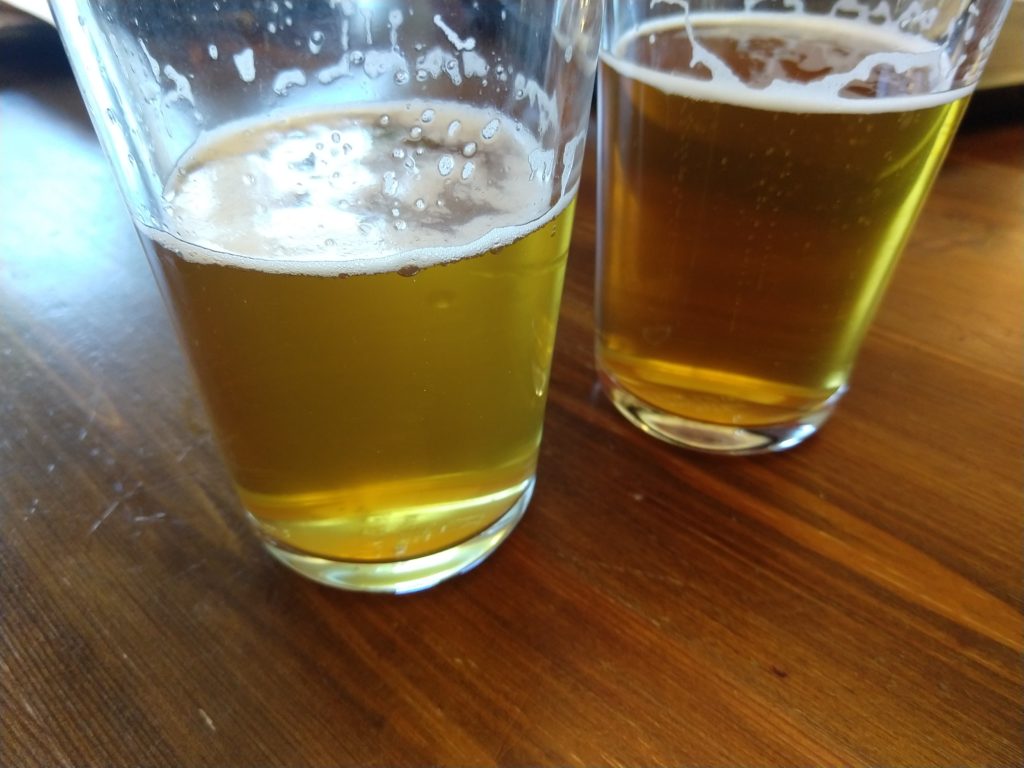 I was doing an evaluation on a homebrew canning machine a couple months ago.  As part of that review, I was trying to assess how the carbonation of the beer held up for the beer that was canned, as compared to beer coming straight from the tap.  I poured the golden beers and when lining them up for the side-by-side shot, in horror, I noticed the telltale unhealthy haze in my draft beer.  The beer from my tap went through my beer lines of the keezer, whereas the canned beer was filled via a separate liquid line attached directly to the keg.

There’s a glowing haze of an unfiltered homebrew that looks magical, and almost looks like the beer is glowing.  Haze from dirty beer lines has a slightly white/gray appearance, almost like it’s been mixed with dose of soapy water.

I’d encounter this in some restaurants and bars, and could identify it instantly by its distinct look.  It would have a distinct sour tinge to it, and whatever the beer was, it made it tasted a bit gross.  I used to shake my head in a “for shame” sort of way, as I explained to my table mates that this place obviously didn’t take care of their beer lines properly and were serving beers through dirty lines.

The Brewers Association has a Draught Quality Manual they make available for free.  They spell out a cleaning regimen of every 2 weeks to flush the lines with a caustic cleaner and remove the faucets to clean them.  I thought that sounded like too much work, so I opted for about once a month.  That slid into about every 2 months, and then became ever less frequently due to sheer laziness.  I told myself that with beer continually flowing through the lines, nothing had a chance to go stagnant and contaminate them.  I was wrong.

I have yet to establish a set cleaning interval with proper rigor, but I do now know my homebrew draft lines are not immune to the telltale disaster of dirty beer lines I’d scoff at in bars & restaurants.  Clean your lines!