I wrote a story for Michigan Beer Guide a few years ago (now sadly out of print).  It was on beer temperature and taste preference.  In the craft beer circles, it’s commonly promoted that if you really are in to beer, you can’t like it cold.  That’s just for the Bud Light drinkers.  Since I’m one that likes my beer super cold, but I like a ton of different beers, I decided to do some research on it.

I gathered a bunch of folks that I knew were all craft beer fans, and I did some experiments.  I kept the beers super cold in my beer fridge, near freezing.  Then I gave everyone a rating sheet to rate the beers from 1-5 stars as they took drinks of it.  They would record the temperature with a digital thermometer, and write down the rating.  Wait several minutes, and then do it again.

I used several different beer styles, as some styles purportedly have different ideal serving temperatures.  And I spread the beer over a couple hours so as to avoid the effect of alcohol tainting the results.

Below are plots by beer styles, with each line being a different taster.  One thing I noticed when looking across all the beers, is people tended to be in one of two camps- 1) There was a sweet spot just off of ice cold where they liked it the best, then they liked it less as it warmed up.  2) Cold was the lowest rating, and it got better as it warmed up. 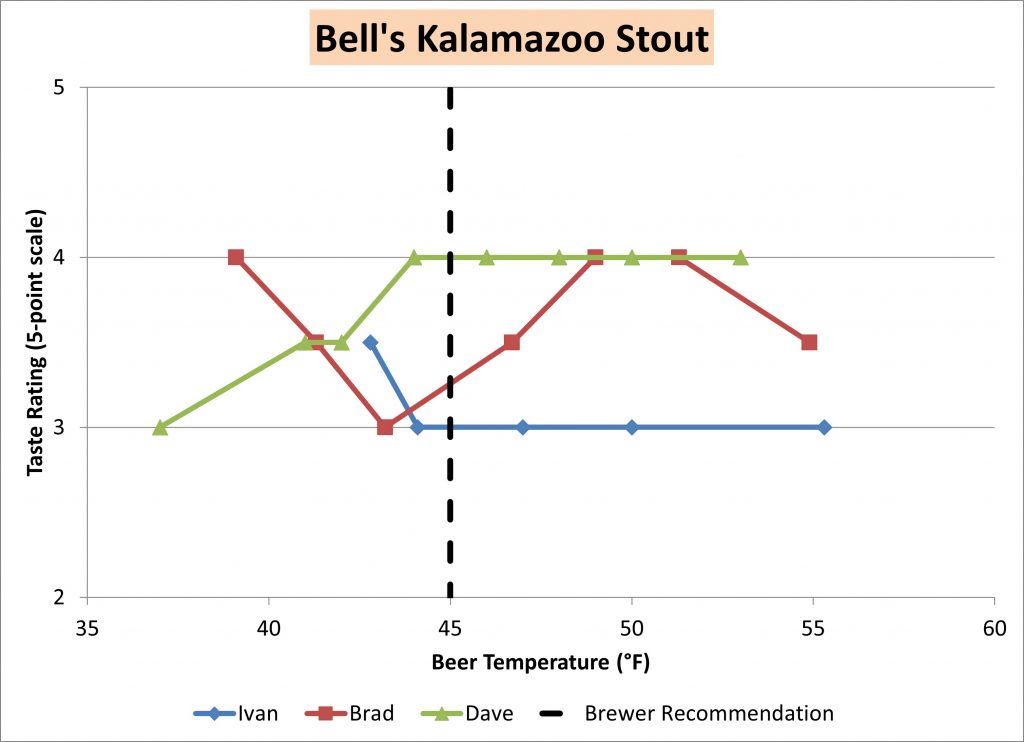 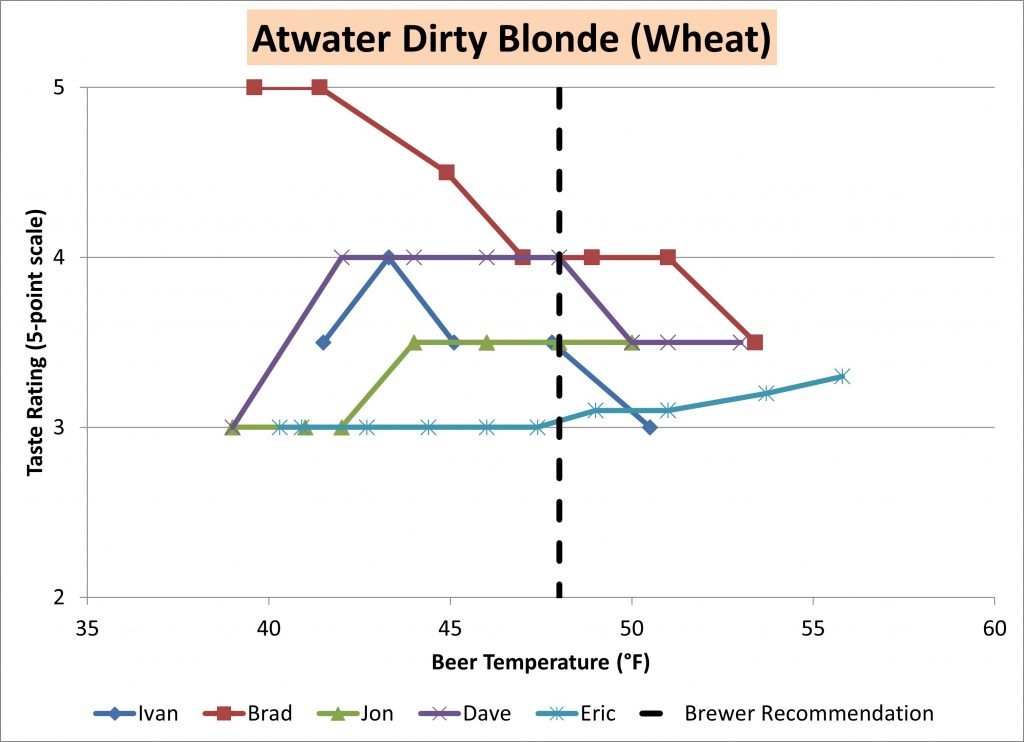 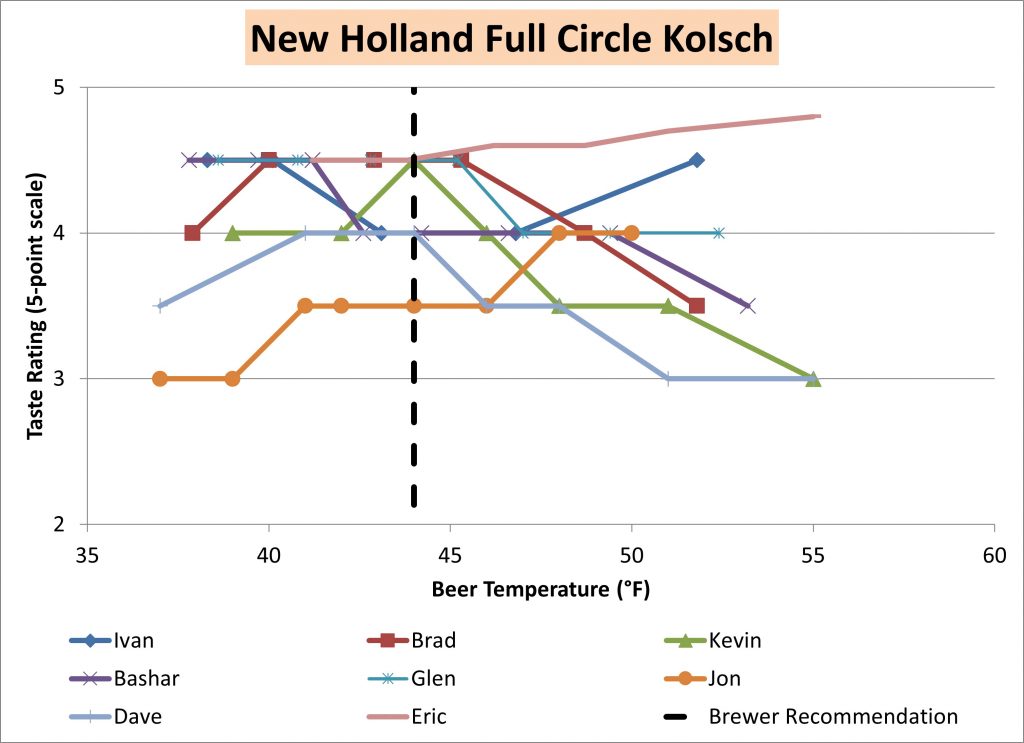 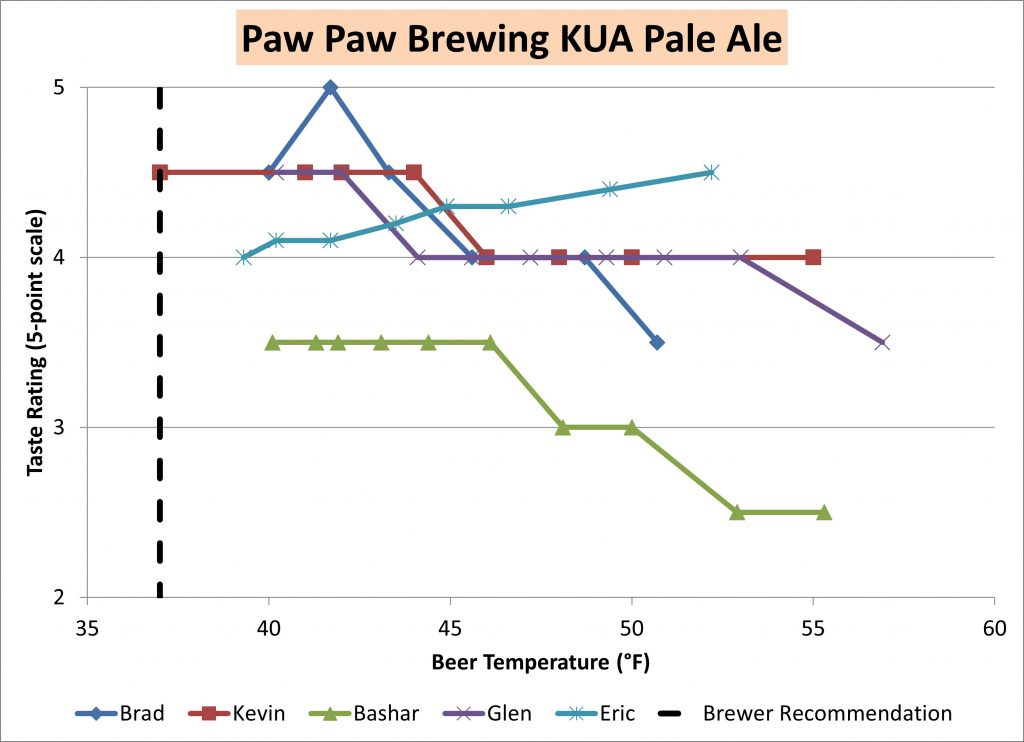 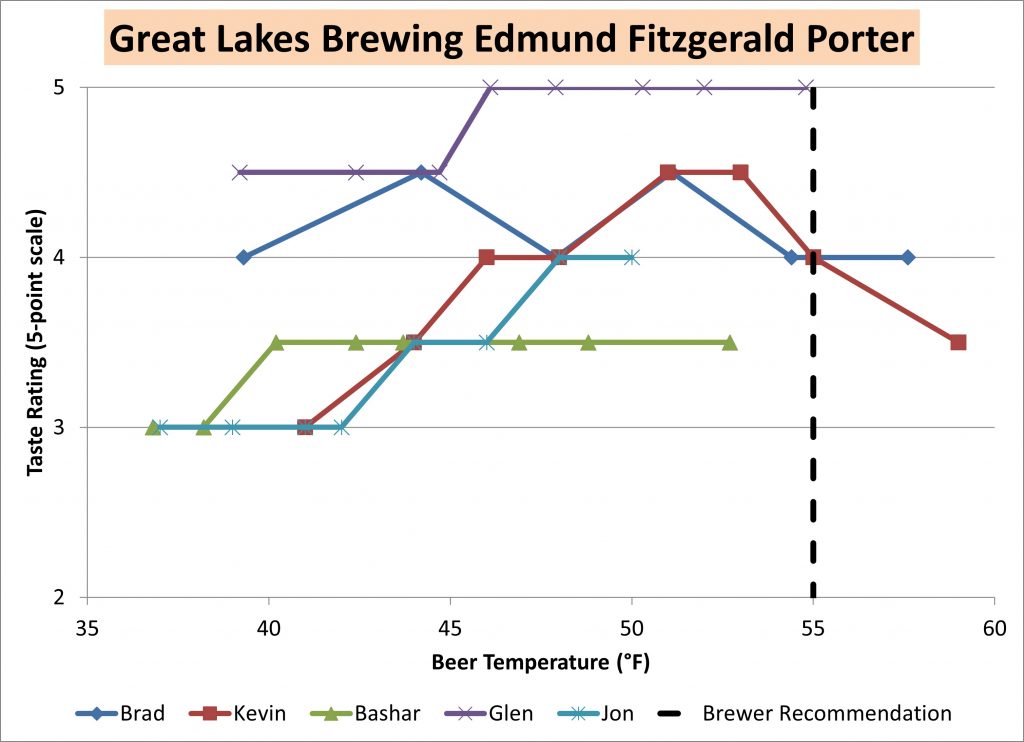 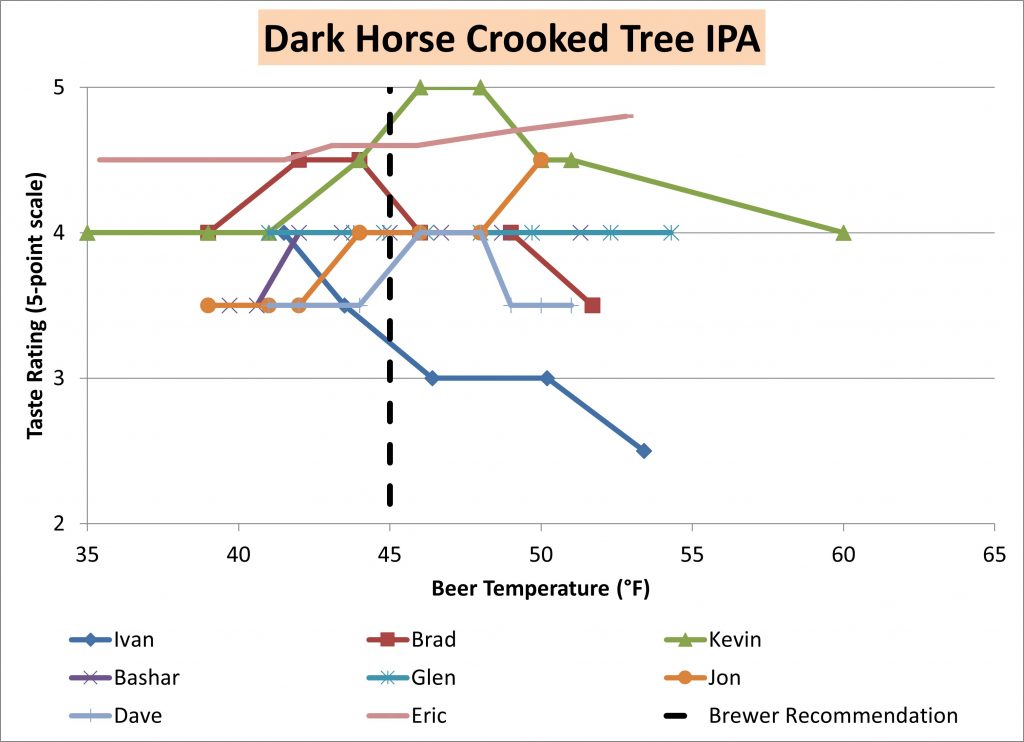