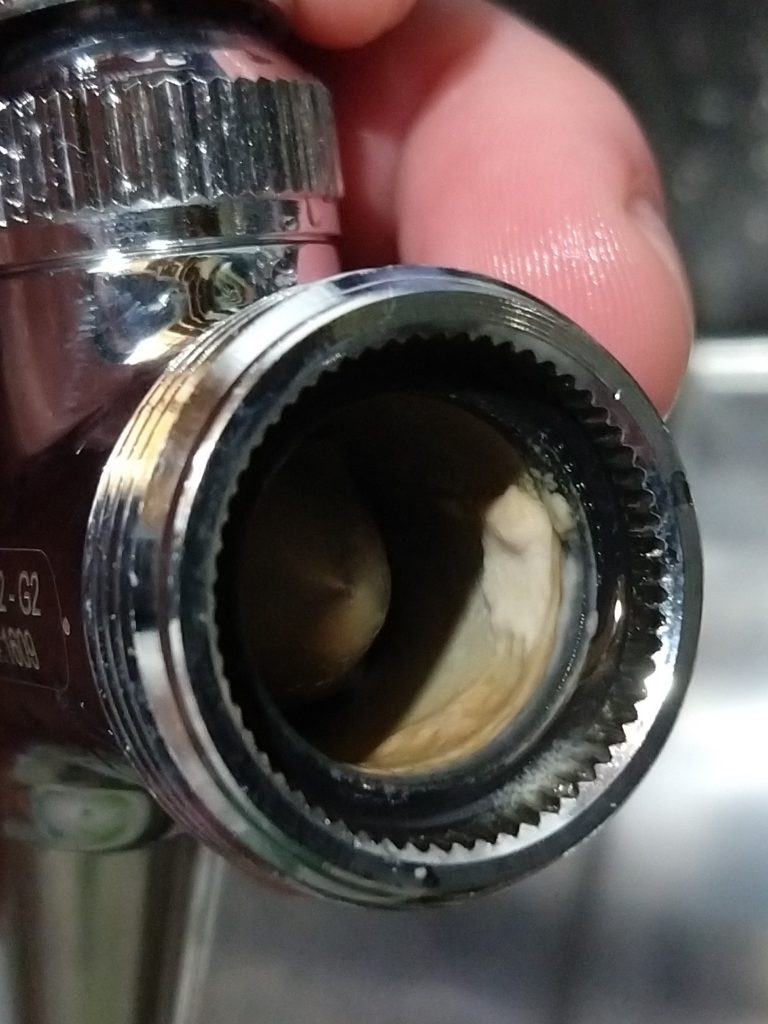 Ask almost anyone about homebrewing, and the worst part is the cleaning.  It seems like you easily spend 50% of your “brewing” time, cleaning stuff.  And there are people I read about on homebrew forums that seem to take it to extreme.  So I try to take a minimalist approach, just doing what seems to be efficient and absolutely necessary.

I clean the beer lines on my keezer periodically, at varying intervals.  I’m always looking for the most efficient process/product to get this done.  I had read online about in addition to cleaning your beer lines, you also need to periodically remove your taps and clean them.  I thought that sounded like foolishness from clean freaks.  As long as I was pumping cleaning fluid through my whole system, the taps of course would get clean in the process.  Wrong.

I’m in the process of rebuilding my keezer collar, so I disassembled all the hardware to move to the new one.  On removing my taps for the first time in 2-3 years, I found this nasty looking goopy slime inside them.  It looked like and smelled like yeast residue.  Looking at the shape of the beer shanks and taps, and applying my engineering brain to the task, it made complete sense.  You’ve got beer flowing along through narrow diameter tubing from the keg all the way up through your shank.  But as it reaches the end of the shank, it opens up into a chamber.  So in that flow, it suddenly drops in pressure, and you get this pooling.  (Just like in a river, which if you’re a fly fisherman, you know what I’m talking about.)

So over time, with different beers flowing through, when the beer hits this chamber, if it’s maybe the start of the keg it’s got a bit of extra yeast in suspension.  That falls out and settles down into this chamber.  As I run cleaning fluid through, it doesn’t push this yeast out, because of the low pressure chamber effect.  I found my random assortment of shanks acquired from different places at different times had different shapes at the end of the shank.  It seemed the one with the gradual cone transition from small beer line to full shank diameter had negligible amounts of this residue.  The others opened up quickly, and these had more residue.

I don’t see this advertised at all when buying a shank, you just pick the length, and whether you want stainless, or chrome-plated brass.  Regardless, I’m not sure how definitive a contribution the shape of the end of the shank makes.  So now I’ve got a new list of maintenance for my new keezer- disassemble and clean the taps periodically! 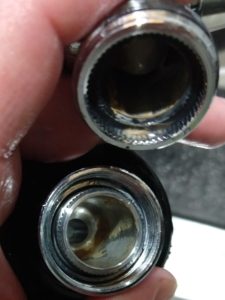 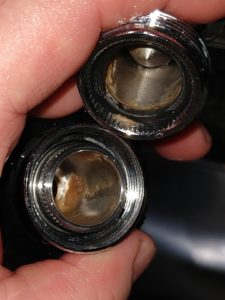