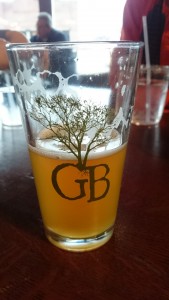 I’d seen Greenbush Brewery taproom in The Michigan Beer Film, and I’ll admit that it lifted the brewery to an elevated state in my mind.  I’ve had their beers, and am a big fan of Dunegras and Star Chicken Shotgun IPAs.  So with a planned family trip to Chicago, a layover in Sawyer, MI in the Southwest corner of the state sounded like a great idea.  With a $50/night Super 8 hotel a stone’s throw from I-94, which in turn is walking distance to Greenbush’s taproom, was a winning combination.

It was a family vacation, so my wife & I were travelling with our 2 young boys.  We got to town for dinner around 7 PM on a Thursday night.  The taproom was smaller than I had anticipated based on The Beer Film portrayal.  But it was still a nice size with a nice open feel with high ceilings and large windows facing the main street.   Right away I could tell it was family-friendly as about 1/2 of the tables had kids of some age at them.  In addition they had a small Lego table set up in the taproom with piles of Lego’s for creative minds.  And the men’s bathroom had the obligatory low-height urinals that fathers of young boys like me appreciate. 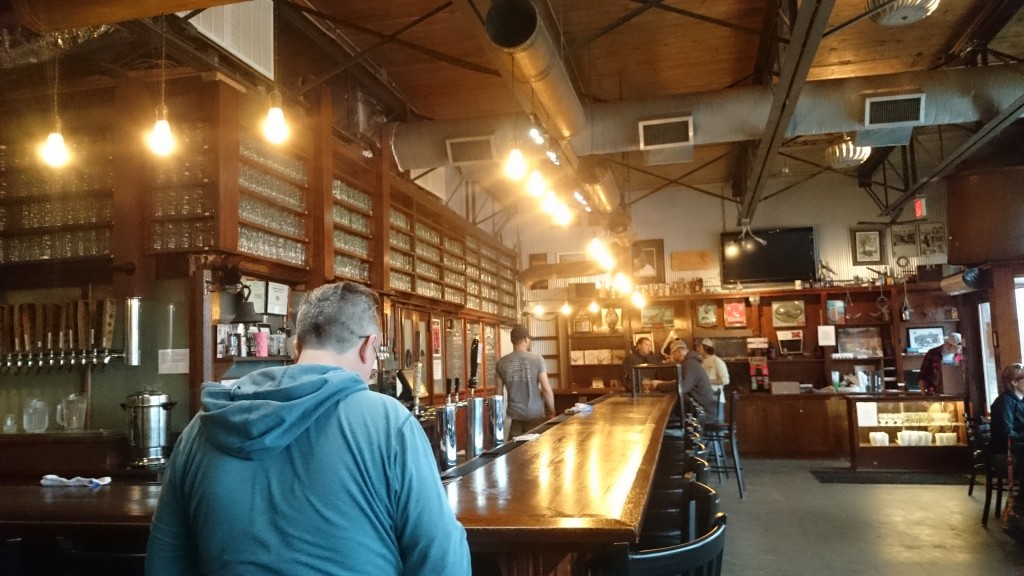 The food menu wasn’t extensive, but it had enough.  Honing in on the pulled pork, which is always a BBQ favorite, we also went for the beef brisket.  The Mac ‘n cheese was pretty good, and the pulled pork not that special- but the beef brisket was out of this world amazing.  It was so good, it seemed like they should have been famous for smoked brisket sandwiches, and offered beer on the side.  The beers were good, as in the bottle, and the atmosphere was great.  If the place was 30 minute drive instead of a 3 hour drive from my house, I’d be there all the time.  With my family! 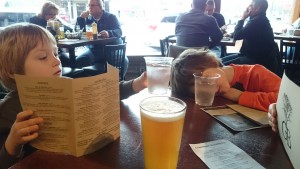